Have you ever been to a storage unit auction? If you haven't, consider attending one at some point in your life. You could bid and win on a unit that holds more than just lofty furniture and expensive golf clubs. While a million in cash isn't likely to be inside a unit you win, consider these three treasures that actually were found inside storage units that were won at auction.

While finding Walter White's eighty million is a shot in the dark, there was one instance where a storage unit was won at auction in California that contained real treasure. It came in a nice cooler full of gold and silver ingots as well as rare coins, worth an estimated five hundred thousand dollars. The bid? The winner of the auction paid eleven hundred dollars. This is definitely a fine investment for finding a hidden treasure. If you ever attend a storage unit auction, you just may be a lucky winner.

Sometimes you just can't tell what's beneath all the junk. This was the case for a winner of a storage unit auction in Kansas. Once the unit was opened, the contents were sorted through until, lo and behold, a vintage 1966 Shelby Mustang was found underneath all the stuff. The car itself was reported to be one of only eleven hundred ever made, and was valued at close to two million dollars. Next time you're in the market for a large unit auction, keep in mind that a classic—and valuable—automobile could be hiding inside.

Sometimes treasure comes in the form antiques. That's what happened at an auction in Virginia, where the winning bidder opened the unit of a former World War II general who apparently liked to collect valuables and antiques. Inside were various war-related antiques, including documents from the Civil War, various documents that had been signed by seven U.S. Presidents, and even Harry Truman's cane. So next time you open your win to find musty antiques, you may just want to keep digging around.

While you may not strike it rich the first, second, or even third time you bid on a storage unit at auction, you will eventually find items of great value. You never know what can be found, and if the mystery is as appealing to you as the winnings could be, head on over to your local storage units facility to see when they hold auctions. If you are looking for a place to hold your own treasures, talk to a company like Statewide Self Storage. 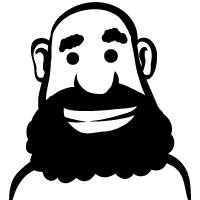 When I graduated from college with an accounting degree, I was offered a job I couldn’t refuse. One of my professors at my alma mater asked me if I would stay at my college and teach. I was elated with this unique job offer; therefore, I immediately accepted it. Over the next few years, I collected a vast amount of teaching supplies. Although I didn’t use all of them every semester in my courses, I couldn’t bear to part with any of them. I was afraid I would need them at a later date. If you are a teacher who has a large collection of teaching supplies, consider housing them in a storage container. Then, when you need them, you will know where to find them. On this blog, you will discover the benefits of renting a storage container to put your teaching materials in.